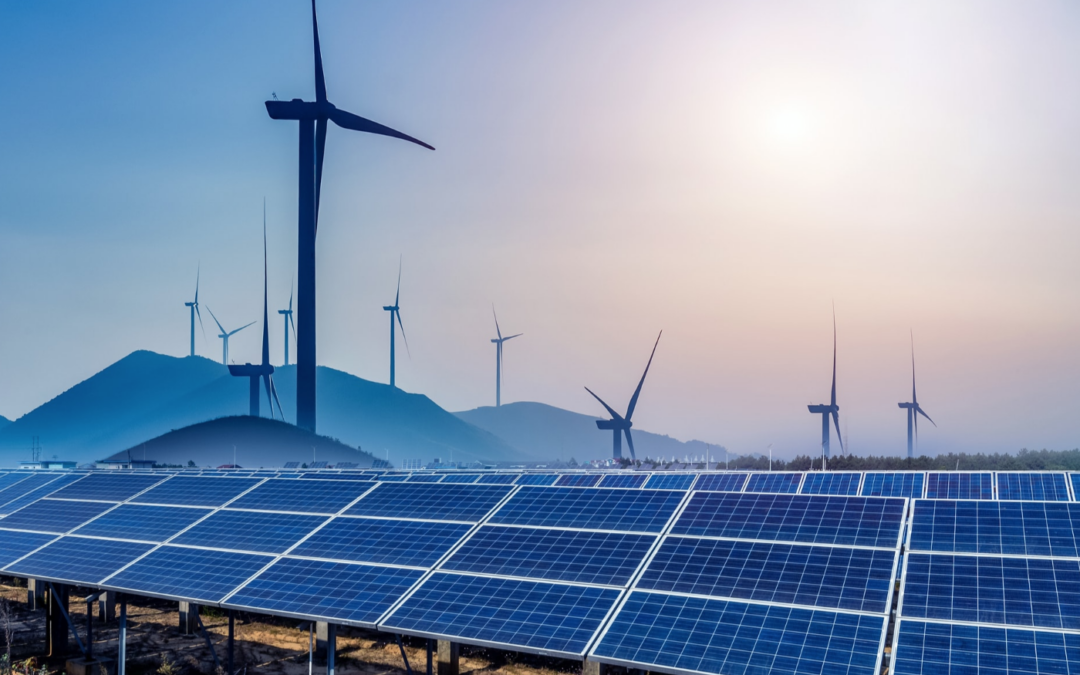 The energy transition to reduce our dependence on hydrocarbons has become a major challenge, especially in Europe..

There are several avenues, but some, especially those related to innovation and artificial intelligence, deserve to be developed further.  In recent years, the European Union has actively funded renewable energy sources as part of the transition to a low-carbon economy. So far, this has been a failure. The initial goal of becoming less dependent on fossil fuels has not been achieved. In fact, our dependence has increased. Natural gas imports have increased (for the first time in our history, we import more natural gas from the United States than from Russia, due to the war in Ukraine). Coal-fired power plants are reopening for fear of shortages (e.g. Saint-Avold in the Moselle). We are far from being able to reduce gas emissions and the greenhouse effect by at least 55% by 2030 compared to 1990 levels, as we committed to do in 2021. Natural gas is the main winner of the energy transition in Europe. This is the sad reality. But things can change with the latest technological advances.

Acting on the offer
How can we achieve a low-carbon economy? There are two main levers: acting on demand or acting on supply. Acting on demand means consuming better or even less. This is the meaning of the appeal made by the heads of EDF, Engie and TotalEnergies just over a week ago. In practical terms, this is called de-growth. Many Europeans are ready to change their consumption patterns. But not all. Few are ready for radical change. In any case, consuming better or even less is a process that will take time and is certainly partly a generational shift. For obvious reasons, the younger generations (Generation X, from 1980 to 2000, and Generation Z, from 2000 onwards) are more climate-conscious than the baby boomers.

Acting on the supply side is a more relevant and effective lever in the short term, in our opinion. This means investing more in energy infrastructure (including refining, which is essential in the transition process) and in new technologies to improve energy efficiency and achieve productivity gains. The field of possibilities in this area is infinite. Non-pilot renewables (solar and wind) are currently of little use in the energy mix, as they cannot provide a constant source of energy. But technology can help. Large industrial projects are now looking to solve the intermittency problem associated with wind power, for example. Instead of increasing the number of offshore wind farms individually connected to national grids (which increases costs and reduces system efficiency), Dutch electricity operator TenneT is promoting the idea of artificial islands in the North Sea as hubs to distribute electricity in an optimized way to neighboring countries. This is a pilot project. It will take years to deploy. But if successful, it could accelerate the mass adoption of wind power.

New technologies also hold promise for the emergence of a low-carbon economy. The Danish company Copenhagen Atomics is building the first heavy water thorium reactor with molten salts. Once operational, it will be able to destroy nuclear waste and be mass-produced. Thorium is the source of a revolution in nuclear energy. This metal, discovered in 1829, is slightly radioactive, energetically dense (1 kg of thorium is equivalent to 3.5 million kilograms of coal), four times more abundant than uranium and, above all, produces less waste than the latter (83% of the waste volume is neutralized in ten years). China plans to have its first thorium power plants operational by 2030. Thanks to Copenhagen Atomics, Europe could catch up.

Recent technological innovations also offer hope for harnessing the power of the ocean. The French company Sweet Energy has developed a technology suitable for osmotic energy, the energy produced when a flow of freshwater meets a flow of saltwater. The production generated each year globally is theoretically capable of covering the entire planet's consumption needs for a year. This is enormous. The potential of osmotic energy has been identified for about 75 years. So far, the technologies developed have worked, but they have been very expensive. These are membrane technologies (specifically, fresh and salt water flows are circulated so that ion exchange is created in the membrane). The cost of manufacturing the membranes was too high, making energy production unaffordable. French research has recently succeeded in producing members that are about ten times cheaper and ten times more efficient.

Of all the technologies mentioned, artificial intelligence is undoubtedly the most promising in the short term to solve the intermittency problems inherent to wind and solar energy. Substrate AI is working with Canadian Solar, one of the world's largest solar and energy storage companies, on two pilot projects, one of which is expected to enter the commercial phase this year. The first project deals with predictive maintenance, one of the recurring headaches in the energy sector. Inverters (which are used to convert the energy produced into the power grid) are the most problematic components of solar power production. There are four main factors that can cause failure: overuse, overvoltage and undervoltage, ultrasonic vibrations (which can cause friction and damage inverters) and wear and tear of capacitors (they have a limited lifetime and age faster than other components, causing the inverter to fail). When this happens, solar power production can drop by more than 20% on average. Thanks to artificial intelligence (in this case, we are talking about machine learning, which is able to learn and adapt to events), it is possible to detect anomalies and predict failures before they occur in the inverters, thus avoiding the consequent reduction in production. The result is increased operational efficiency and significant cost savings.

Predicting the evolution of solar energy production thanks to artificial intelligence is the second research angle. Today, in most countries, traders buy and sell (or vice versa) solar energy before delivering it to end customers through the grid. This ensures the liquidity of the system (which is essential, as we cannot predict the evolution of production). But it increases the final cost. The aim is to disintermediate the market by allowing energy operators to sell energy directly, at a good price (both for the producer and the consumer). According to preliminary estimates, this could increase the profitability of PV plants by an average of 40%. This is huge. But to achieve this, operators need a better understanding of how their plants operate and a more reliable way of forecasting production. Artificial intelligence is an indispensable tool to achieve this.

An inflationary energy transition in Europe

Much remains to be done, both in terms of research and access to finance, to make our economy greener. This implies better channeling public and private funds toward disruptive projects. In France and in Europe, there is still little support for thorium research. There is a lot of capital earmarked for artificial intelligence projects. At the end of June, the French start-up EasyPicky raised €5 million (an instant recognition application based on artificial intelligence, aimed at the retail sector). But among all these projects, few are dedicated to the crucial issue of energy transition and intermittency. The energy transition, as it is being implemented in Europe, is inflationary. There is no debate about this. But if we manage to combine advances in artificial intelligence with existing industrial projects in the energy transition, we will be able to lower costs in a sustainable way. Historically, public policy decisions on energy have led to lower inflation. Not this time, because we have prioritized ideology (all renewable) over economic rationality, neglecting the importance of technological advances. Fortunately, there is still time to act and reverse the trend.

Authors: José Iván GarcíaCEO Substrate AI and Christopher Dembikeconomist and member of the board of directors of Substrate AI.