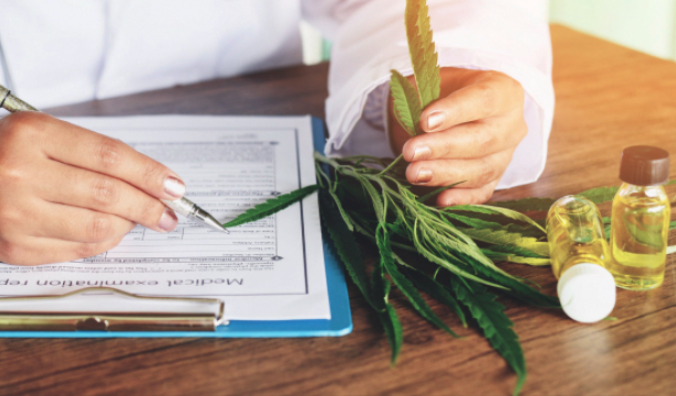 Substrate AI continues on a steady pace to gain size before its listing on Euronext Growh, scheduled for the end of the year.The company has signed an agreement with Bhaluteck Hemp and Ornavera - companies dedicated to R&D in the hemp industry and data collection technology, respectively - to develop artificial intelligence solutions for the cultivation of medical cannabis.

Substrate AI, as an expert company in artificial intelligence for business profitability, will put its technology at the service of the data collected by the Ornavera and Bhaluteck Hemp systems and will contribute all its knowledge in the sector to jointly improve all production processes and increase the efficiency of the plantations, thus certifying that all cannabis meets the criteria to be used for medicinal purposes.

In this way, this business alliance represents its entry into the business of Artificial Intelligence solutions for agriculture or what is already known as "Artificial Intelligence for Agriculture". precision agriculture. The sector already generated revenues of around $1.09 billion - around €940 million - in 2019 and is expected to reach more than $3.8 billion - approximately €3.275 billion - by 2024; figures that will increase, as it is estimated that by 2050 food production will need to double due to the increase in the world's population.

Substrate AI is also entering the medical cannabis industry, which has experienced a resurgence in recent years. Experts also predict that the sector will grow, year after year, around 16% and that by 2025 it will generate sales comparable to the current turnover of a business giant in our country and retail worldwide such as Inditex.

With this commitment, the company chaired by Lorenzo Serratosa thus strengthens its presence in its area of AgritechThe company has set up an R&D laboratory for the development of livestock farming that aims to address the integrated management of milk production plants thanks to artificial intelligence, with which it expects to bill around 200,000 euros in the next fiscal year.

The resurgence of the cannabis industry business has also been transferred to the stock market, with many listed companies in the sector shooting up their turnover, as more and more countries approved its legal sale, not only for medicinal but also for recreational use. This was the case in Canada, while the United States approved its consumption in several states after the elections that proclaimed Joe Biden president.

The Canadian Canopywhich already has a capitalization of 5.45 billion dollars, is a clear exponent of this boom, since it has a production area of more than 50 hectares and became the first cannabis producer in North America to be regulated and listed on the stock exchange. In fact, the largest beer importer in the US and owner of the Corona brand, Constellation Brands, acquired 38% of the company after investing around 4 billion dollars.

For its part, the Canadian distributor Cronos Group has a capitalization of around $2.115 billion and began trading on the Nasdaq 100 in March 2018. In the last three years its sales have quadrupled after reaching $46.719 billion in 2020.

According to Lorenzo Serratosa, president of Substrate AI, "the entry into medical cannabis is another step towards putting artificial intelligence at the service of profitability in the different sectors in which we operate and thus contribute to improving their productivity. Even more so when the United Nations Sustainable Development Goals seek the health and welfare of society along with a more responsible production and consumption at a global level".